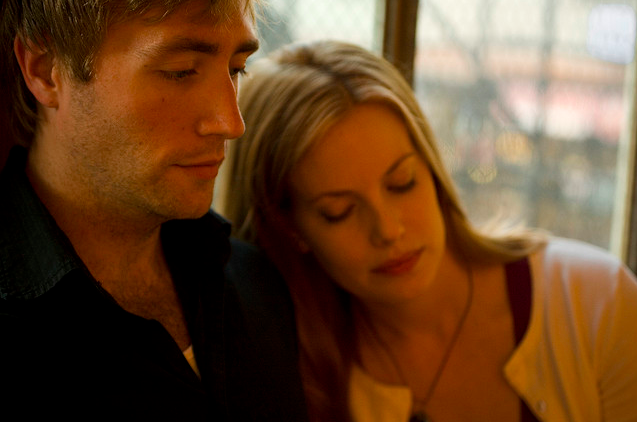 About:
Sabrina and Eugene are delighted when they are abducted from their dorm rooms at an elite Ivy League university to be “tapped” for the school’s most exclusive secret society. But when members Abe and Cecilia give them their final challenge, all four students must decide how much they’re willing to sacrifice in order to belong. Sexual politics reveal harsh truths about modern college life in this scathing look at men and women in a world of too-high standards and too-small rewards.
Select Praise:
“90 minutes of snide, jittery enjoyment. A pull-no-punches indictment of the increasingly dissolute lives of college students. … Director Megan Shuchman expertly transfers audience focus from one tense tableau to the other. … Helped along by a tight, witty script, the actors each inhabit their roles with confident poise. … If you like watching pretty people tear into each other, you’ll want to catch ‘Pluto.’” — Centerstage Chicago